Make an Inquiry Add To Watch List
Finance for as low as...

*Financing is currently only offered to US based companies

Why we recommend inspection

*All offers are submitted in Seller’s Acceptable Currency

Don't see what you're looking for? We'll find it for you

This Thermo Scientific TSQ XL GCMSMS is in excellent condition and it is used for cannabis testing, specifically trace-level analysis of residual pesticides and mycotoxins.

In a typical analysis, an autosampler (AS) introduces a sample into the gas chromatograph (GC). The GC separates the sample into its various components. The components elute from the GC and pass into the mass spectrometer where they are analyzed.

The TSQ Quantum XLS and TSQ Quantum GC mass spectrometers include an electron ionization/chemical ionization (EI/CI) ion source, ion optics, a triple-stage mass analyzer, and an ion detection system—all of which are enclosed in a vacuum manifold. Ionization of the sample takes place in the ion source. The specific process used to ionize the sample is known as the ionization mode.

The mass spectrometer is operated as a tandem mass spectrometer with two stages of mass analysis. The ion source ionizes the sample and the ion products are mass analyzed by the first-rod assembly. In this case, however, mass-selected ions exiting the first-rod assembly collide with an inert gas in the second-rod assembly and fragment to produce a set of ions known as product ions. (A chamber called the collision cell surrounds the second-rod assembly. The collision cell can be pressurized with an inert gas.) The product ions undergo further mass analysis in the third rod assembly to detect selected ions.

Furthermore, in a second stage of mass analysis, the mass spectrometer can fragment and separate each ionic fragment of a molecule formed in the ion source to build up an entire structure for the molecule, piece by piece. As a result, the TSQ Quantum XLS and the TSQ Quantum GC systems make investigating all pathways for the formation and fragmentation of each ion in the mass spectrum possible.

The two stages of mass analysis, with resultant reduction of chemical noise in the final mass spectrum, allow for very selective and sensitive analysis.
Each sequence of single or triple-stage mass analysis of the ions is called a scan.

The mass spectrometer uses several different scan modes and different scan types to filter, fragment, or transmit ions in the mass analyzer. Along with the ionization and ion polarity modes, the ability to vary the scan mode and scan type affords you great flexibility in the instrumentation
for solving complex analytical problems.

This lot is being sold "as is, where is". We recommend that you contact an EquipNet sales representative to set up your own inspection. This item is located in

This equipment is subject to a removal and loading charge.


The written description provided for this equipment is EXACTLY what you will receive if you opt to purchase this listing. Any items that are not in the description but appear in the visual representations of this listing will not be included in the sale. Photos and video are provided just as references and to give a general sense of condition.

Please be aware that weights and dimensions of equipment provided on EquipNet’s listings are estimates and can vary from actual weights and size. Sellers estimates are often not precise especially when equipment was installed versus prepped for shipment. As such, please do not fully rely on the accuracy of this information in EquipNet’s listings for shipping quotes and/or user size requirements.

Any license associated with this equipment is non-transferable. 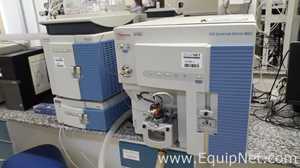 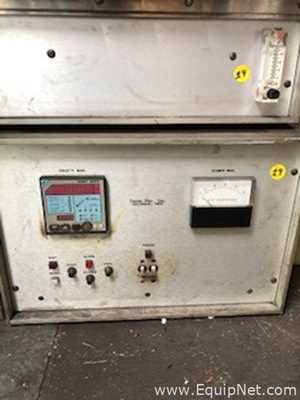 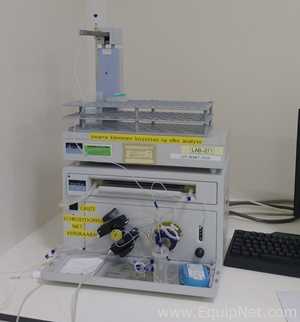 View all listings from this project

View All Equipment at this Location

You can rest assured that when you see the EquipNet Certified logo on a listing that you will be buying equipment that has been inspected, tested, and in many cases fully refurbished. Please check the individual listing for specifics.

Guarantees & Warranties range from 30 to 180 Days!

For more information please feel free to speak with our knowledgeable representatives.

Why we recommend inspection

Why We Recommend Inspection!

We want your experience with EquipNet and with the assets that we have on our site to be extremely positive. We make every effort possible to provide accurate and thorough descriptions. The lots are sold, however, on an "as is, where is" basis with no guarantee or warranty. To ensure your satisfaction, we strongly recommend that you inspect this and every asset for which you are interested. We want to make sure that you are buying exactly what you need. This is part of our overall philosophy of an open and honest way of doing business.