A leading clinical-stage biopharmaceutical manufacturer committed to producing and establishing new medicines for the treatment of specific cancers. This client focuses on innovation and efficiency to help develop optimal medications for oncology needs.

The client reached out to EquipNet for assistance with a full laboratory closure in Cambridge, Massachusetts. With a strict deadline to clear the facility, EquipNet needed to act quickly and efficiently to ensure the ideal result for the client. To accommodate the deadline, EquipNet began immediately inventorying assets while the units were still being decommissioned. Based on scoping visits, EquipNet put a guarantee of $1.2 million in return for the client, but expected to be at approximately $1.6 million in total sales.

EquipNet’s sales team advertised the high value assets to end-user buyers to generate high end sales as soon as possible. In tandem with that effort, EquipNet’s auction team deployed its specialists to generate an auction catalogue to include high value lab assets, consumables, office furniture, cafeteria items, and much more.

When the time was right, EquipNet ceased selling items on our negotiated sales platform (MarketPlaceTM) and began advertising exclusively for the online auction event. EquipNet hosted several days of inspections prior to the auction as well as the day of the event.

To meet the client’s strict deadline, EquipNet began bringing orders to our consignment location in Canton, Massachusetts immediately after the auction. EquipNet’s team also worked with local buyers to allow them to pick up their assets directly from the site.

EquipNet was able to gain 100% clearance before the client’s desired deadline. EquipNet managed the remaining equipment pick-up needs directly from our Canton, MA warehouse. We also disposed of low value assets and sold all of the unsold assets from our warehouse.

At the end of the project, the client benefitted from over $2,000,000 in total sales – almost doubling what EquipNet had originally guaranteed. 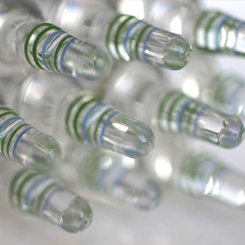