A global leader in pet care materials/pet food with facilities located in 50 different countries around the world. Our client has 35 pet care brands total, 3 of which are billion-dollar brands. They are one of EquipNet’s most valued corporate clients, and we have been working with them heavily on multiple projects over the last three years.

Our client had a site that they needed to fully close down located in Joplin, MO. They wanted to have the entire facility cleared out by the end of the year, so EquipNet only had a 6 month timeframe to achieve total clearance on 180 assets, many of which were heavily installed. The equipment included large blenders, manufacturing lines, drill presses, hammer mills, etc. The client also needed to net $1,000,000 by the end of the project, which was a difficult goal with such a short time period and the high amount of expenses that they would be incurring as part of the project.

Originally, EquipNet had planned to hold a large auction which would feature all of the equipment at this site along with other pet care manufacturing equipment from the client’s other US facilities.

EquipNet deployed a team of their equipment specialists to the site in order to properly inventory, price, and tag the 180 assets for auction. EquipNet’s team spent a total of 3 weeks at this facility due to the available time being limited as well as the quantity of assets.

Since this client is also an EquipNet ARMS user, they also underwent a large redeployment phase and returned some of these assets to service in their other US manufacturing areas. EquipNet helped facilitate this first phase of the plan to ensure that the inventory was being managed
properly.

Prior to the auction, there was a change in project scope which drastically changed the outcome of the project. A local buyer approached EquipNet and the client with an interest in not only purchasing the entirety of the equipment that was available, but the building as well, which the client was still looking to locate a buyer for themselves.

With this new development, there was no need to hold an auction and incur additional expenses for the client, so EquipNet worked with both the buyer and the client to negotiate the terms of the sale.

Once the formalities of the sale were agreed upon by all parties involved, EquipNet was able to secure the funds for the equipment a month prior to their deadline, thus successfully meeting the needs of the client.

In terms of the client’s goal to net $1,000,000 for the equipment sales from the project, EquipNet offered a discounted rate for their services so that their net sales would meet that 1 million mark. Though EquipNet didn’t receive their normal pay for their services, they helped a valued client reach their financial goal, thus keeping the relationship with this company very positive.

The client was very pleased with the way that this project turned out. Though the end was result was far different than the scope of work that was originally anticipated, we achieved complete sell through before the closure deadline, and also we were also able to meet the client’s financial needs. 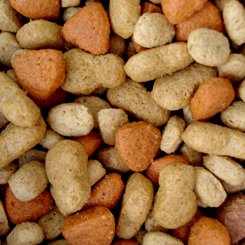